Reykjavík is an excellent venue for an international conference. Founded in 1786, it is the capital of Iceland and the northernmost capital city in the world. The city is vibrant and offers most of the conveniences and attractions usually associated with major capitals of the world. Its amazing array of possibilities is why Reykjavik is sometimes called the biggest little capital in the world. In Reykjavik you have opportunities for historical sites, natural beauty, museums and galleries, public parks, excellent shopping, a wide range of leisure activities, hotels, restaurants and a remarkably lively artistic scene.

The official tourism website of the Reykjavík Capital Area is www.visitreykjavik.is

Iceland is closer than you think and probably also far different from what you might have imagined. Where else can you witness such marvels of Mother Nature as glaciers, steaming geysers and volcanoes, raging rivers and magnificent waterfalls, a multitude of birds, cavorting whales just offshore and many other surprises.

The country was settled by Nordic people in the 9th century – tradition has it that the first permanent settler was a Norwegian Viking, named Ingolfur Arnarson, who made his home where Reykjavik is situated today. The Icelanders still speak a language close to that of the Vikings, although modern Icelanders also speak many foreign languages.

The island is conveniently located right between Europe and east coast of USA. Distance is about 5-6 hours by flight from USA and 2-4 hours from Europe. The size is 103.000 km2 (39,756 sq. miles), about one-third larger than Scotland or Ireland. It has a population of just over 300.000, almost two-thirds living in the capital Reykjavik and its neighbouring towns in the southwest.

Regardless of when you visit, be assured that the warmth shown by the Icelanders, their desire to share their culture and their efforts to make your stay as pleasant as possible will, like the spectacular landscape, not easily be forgotten.

Passport and Visa regulations
Iceland is an associate member of the Schengen Agreement, which exempts travelers from personal border controls between 22 EU countries. For residents outside the Schengen area, a valid passport is required for at least three months beyond date of entry. For information on passport and visa requirements as well as the Schengen area regulations, visit the website of the Icelandic Directorate of Immigration: Directorate of Immigration.

Arrival in Iceland
Bus services are operated between Reykjavík and Keflavík International Airport in connection with all arriving and departing flights, and seats are guaranteed. Busses depart to and from Keflavík every 45-60 minutes. The drive between the airport and Reykjavík takes about 45 minutes. For departing flights, it is recommended that you take a bus leaving at least 2.5 hours before your scheduled departure. It is possible to arrange a hotel pickup. Taxi services are available to and from the airport. The car-ferry MS Nörrona sails weekly between Denmark, and Seyðisfjörður in East Iceland giving visitors the option of bringing their own vehicle for transport.

Language
Icelandic is the national language. English is the country’s official second language and is spoken widely. Danish is the third language taught in schools in Iceland.

Medical attention
Pharmacies are called “Apótek” and are open during normal business hours. Only a few are open at night. Medical Care can be obtained by visiting a Health Care Centre, called “Heilsugæslustöð” in Icelandic, during opening hours. For information, call +354-585-1300 or see www.heilsugaeslan.is Medical help: There is a medical centre or hospital in all major cities and towns in Iceland. The emergency phone number (24 hours) in Iceland is 112.

Health insurance: Citizens of EEA countries must bring their EHIC card (European Health Insurance Card), otherwise they will be charged in full. Non-EEA citizens are not covered by the EEA regulations and will be charged in full. For further information, contact the Icelandic Health Insurance. Tel.: +354-515-0100, Fax: +354-515-0051 Office hours: 10:00–15:00. www.sjukra.is. Special vaccinations are not required to enter Iceland.

Driving in Iceland
Ring Road Nr. 1 around Iceland is 1,332 km (827 mi). The general speed limit is 50 km/h in urban areas, 80 km/h on gravel roads in rural areas, and 90 km/h on asphalt, rural roads. Major highways are paved. Most mountain roads are closed until the end of June, or even longer, because of snow and muddy conditions, which make them impassable. For more information, be sure to visit www.safetravel.is. Most roads in the interior of Iceland have a loose gravel surface, which is especially loose along the sides of the roads. The mountain roads are quite narrow and are not made for speeding. The same goes for some bridges that will only let one car cross at a time. Information on road conditions, tel.: +522-1000, daily 8:00–16:00. www.road.is.

All off-road driving and driving outside of marked tracks is prohibited by law. Icelandic nature is delicate and tire tracks from off-road driving can cause substantial damage to the vegetation and leave marks that will last for decades. Respect the nature and tread carefully. For some mountain tracks it is strongly advised that two or more cars travel together. Passengers in the front and backseats of an automobile are required by law to use safety-belts. Icelandic law forbids any driving under the influence of alcohol and driving while talking on a mobile phone is also banned.

National Parks
There are three National Parks in Iceland, each with its own particular points of interest. Thingvellir, is in a rift valley between the North Atlantic and Eurasian Plates. It is a site of historical and cultural as well as of geological importance, and is recognized as a UNESCO World Heritage site. Snæfellsjökull National Park includes a volcano and glacier, and is steeped in mystery and romance; it is the only Park that reaches from the seashore to the mountaintops. Vatnajökull National Park is the largest national park in Europe, covering an area of 13.600 km2. The park encompasses, among other areas, the Vatnajökull glacier, Skaftafell, Jökulsárgljúfur, Lakagígar and Langisjór.

Banks and post offices
Opening hours are Mon–Fri, 9:00–16:00. 24-hour cash dispensers are found in cities and villages around the country. Look for the Hraðbanki sign. All major credit and debit cards are accepted, especially by hotels, restaurants, shops and petrol stations in Iceland. Traveller’s cheques are accepted at many hotels and tourist information centers. The major cards in Iceland are MasterCard and VISA. Currency exchange: The Icelandic monetary unit is the króna (ISK). All Icelandic banks provide foreign exchange. Post offices: General hours are Mon–Fri 09:00–18:00. More on postur.is/en.

Climate and clothing
Thanks to the Gulf Stream, Iceland enjoys a cool, temperate maritime climate; cool in summer and fairly mild in winter. However, the weather is very changeable and tourists should be prepared for the unexpected. For weather information in English, tel.: 902-0600. https://en.vedur.is. When traveling in Iceland you should bring along lightweight woollens, a sweater or cardigan, a rainproof (weatherproof) coat and sturdy walking shoes. Travellers who are camping or heading into the interior will need warm underwear and socks, rubber boots and a warm sleeping bag.

Shopping
Shops in Iceland are of international standard and carry a wide variety of merchandise. Local specialties include woolen knitwear (sweaters, hats and mittens, for example), ceramics, glassware and silver jewelry. General opening hours are 10–18. Saturdays 10/11–14/18.

Tax free shopping
VAT in Iceland is 25,5% or 7% on special goods. To get a refund you must have a permanent address outside of Iceland. Minimum amount spent on a single receipt in order to be eligible for tax-free shopping is ISK 4.000. Goods must be exported within three months from date of purchase. Maximum refund is 15% of the retail price.

Quality insurance
Vakinn is the official quality assurance organization for Icelandic tourism. Only companies that maintain the highest standards in all aspects of business practices and meet a comprehensive assessment criteria have earned the right to carry Vakinn – Iceland tourism’s official quality label. When you see a business displaying the Vakinn symbol, you can be assured that it is trustworthy and professional.

Accommodation locales are divided into several categories. Within each category, ratings from one to five stars may be awarded, as is generally known

Flag: Blue with a red cross outlined in white. The colors are symbolic for Iceland: red is for the volcanic fires, white recalls the snow and glaciers, and blue is for the skies above.

Time: Iceland is on Greenwich Mean Time (GMT) throughout the year.

Car Rental
Sena has partnered up with Hertz Iceland to offer meeting participants a special discount off car hire. 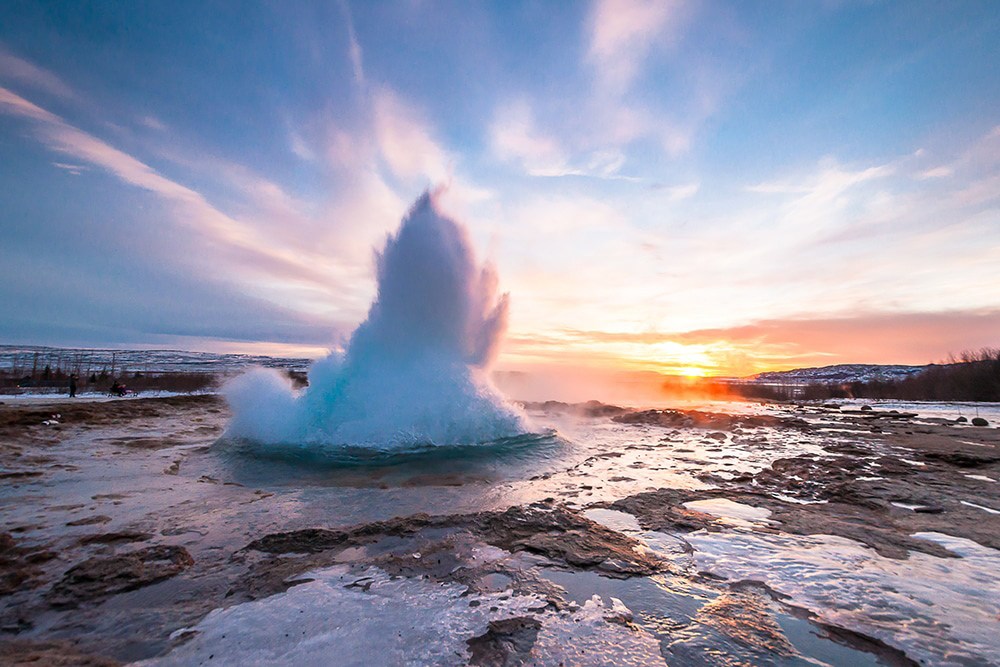 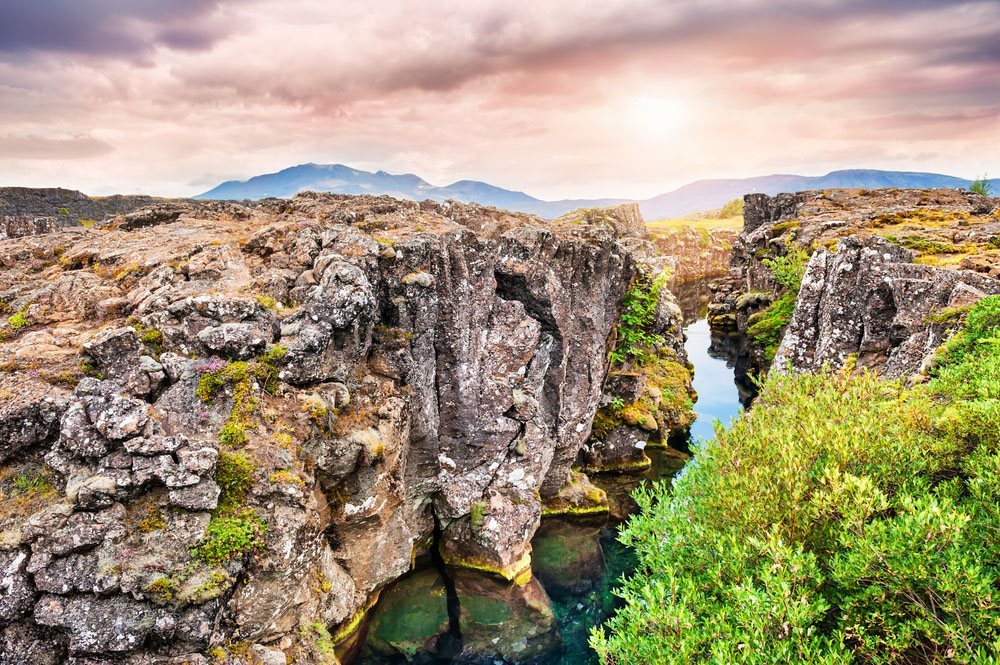 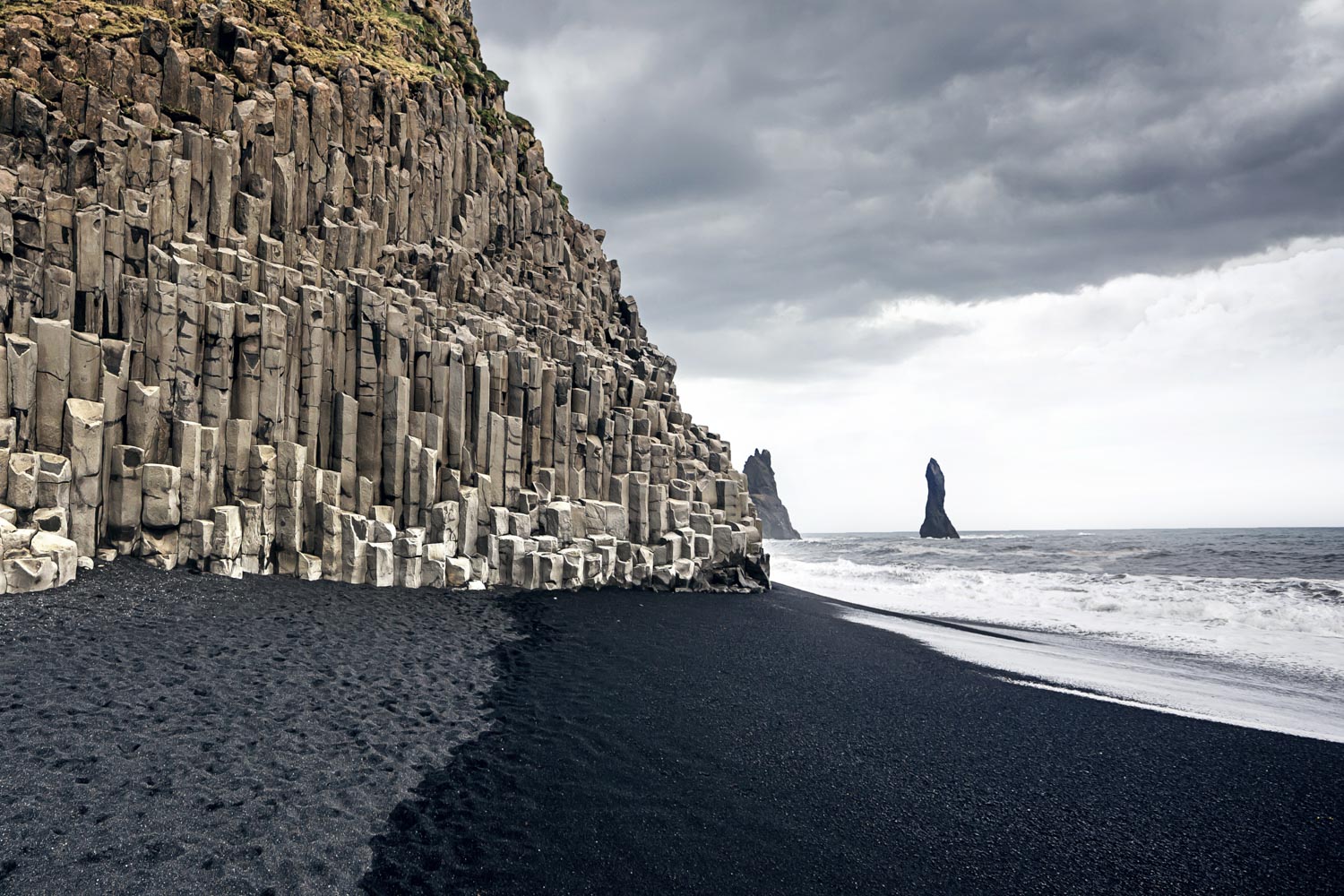 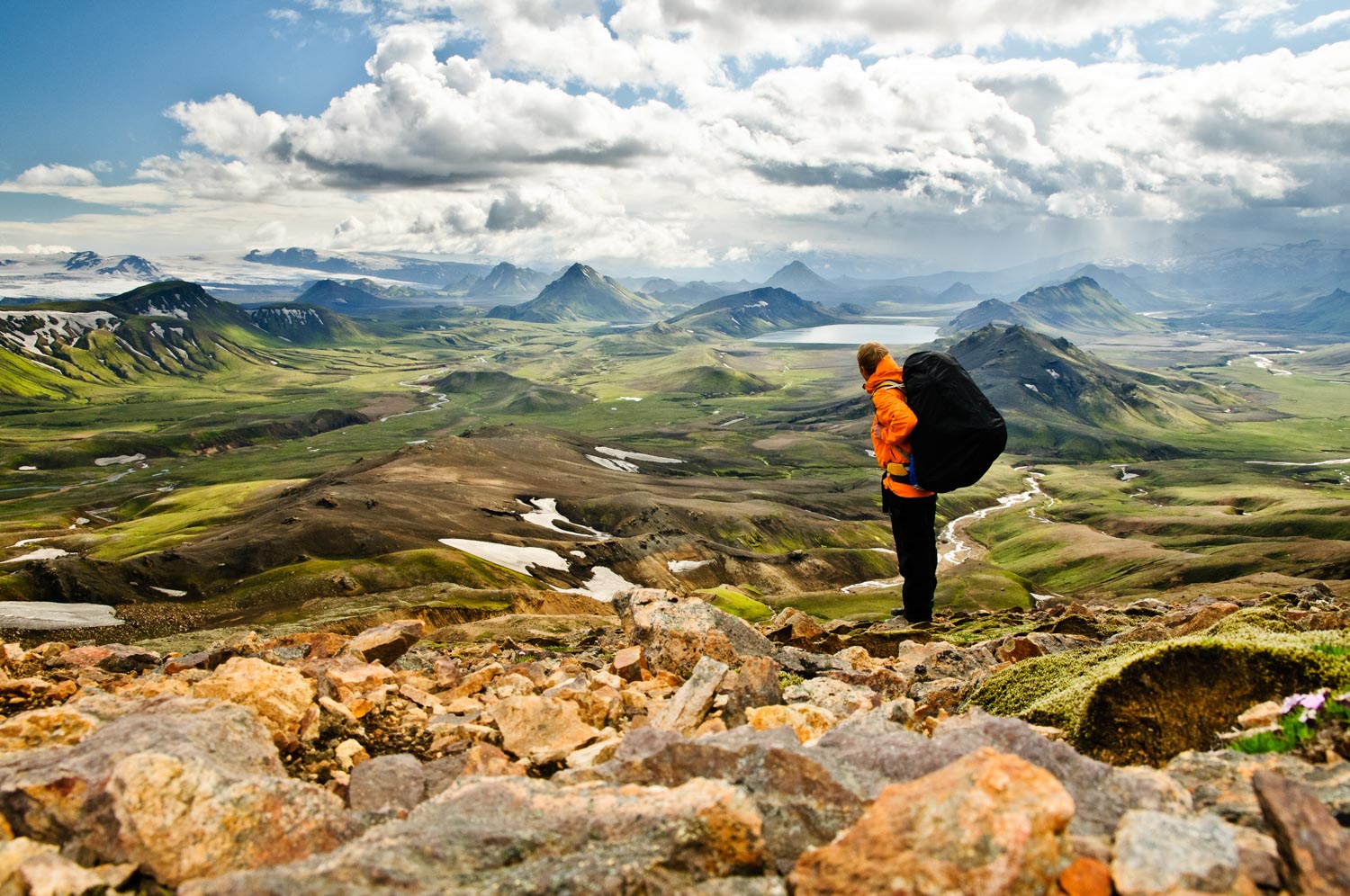 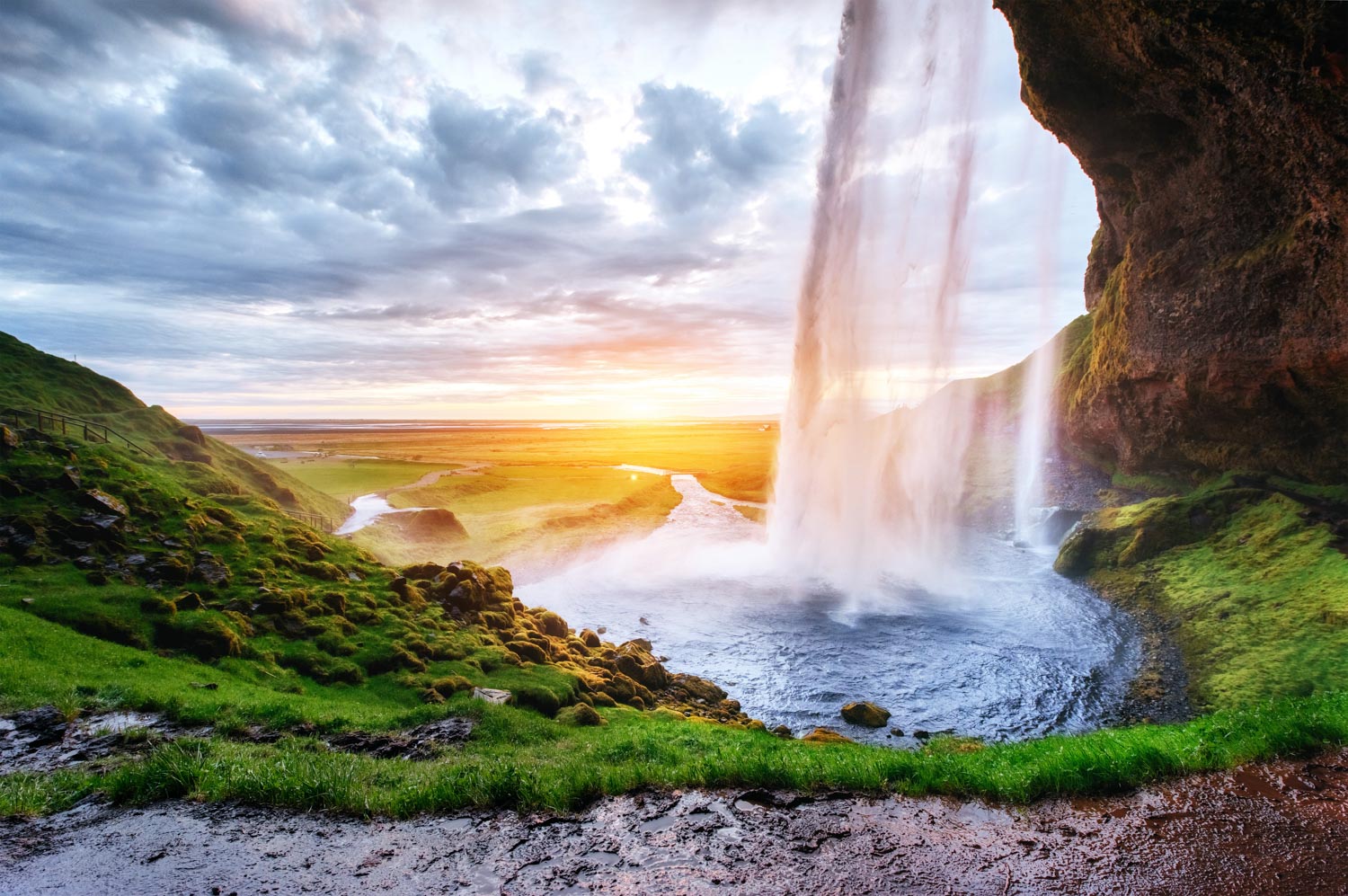 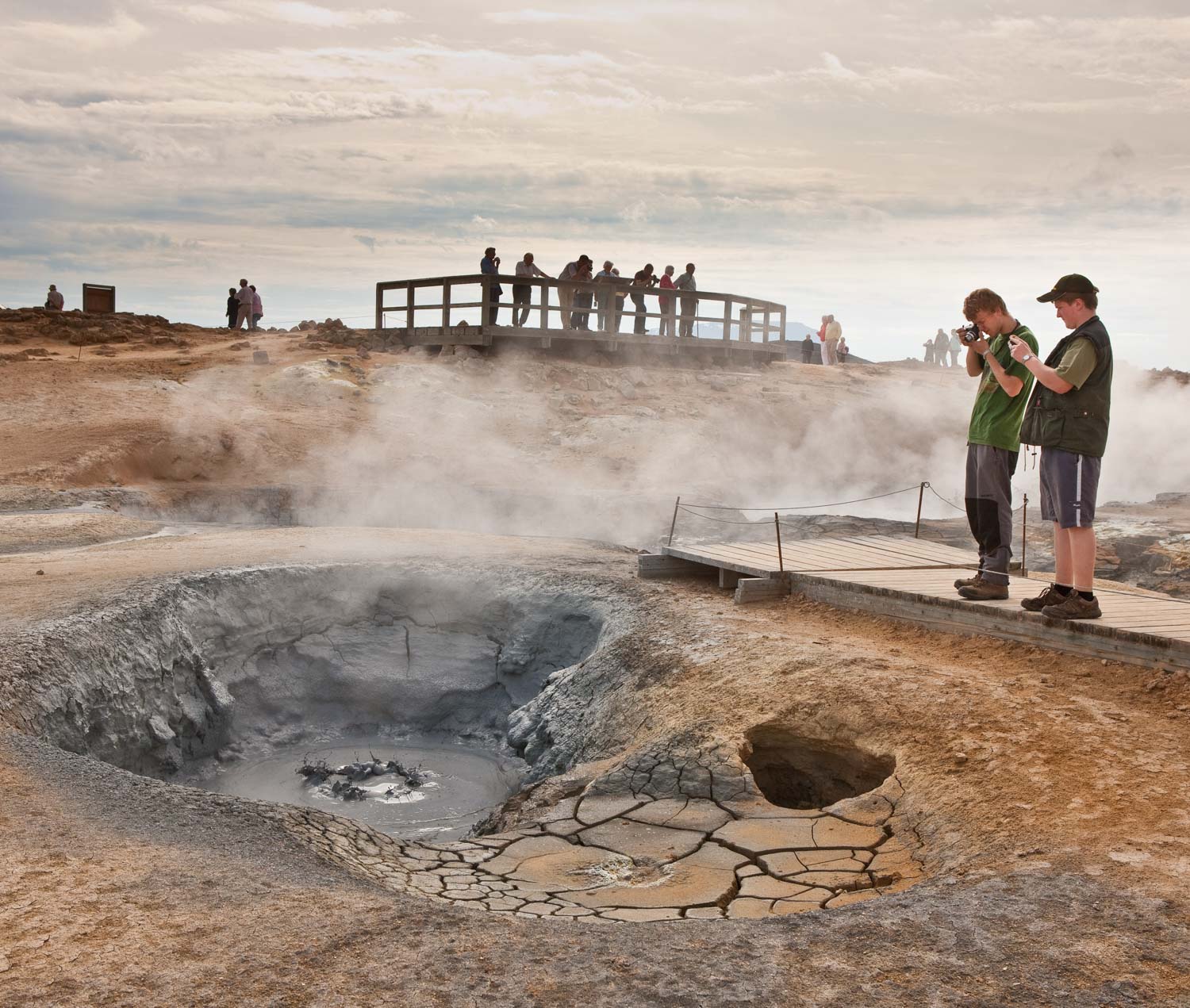 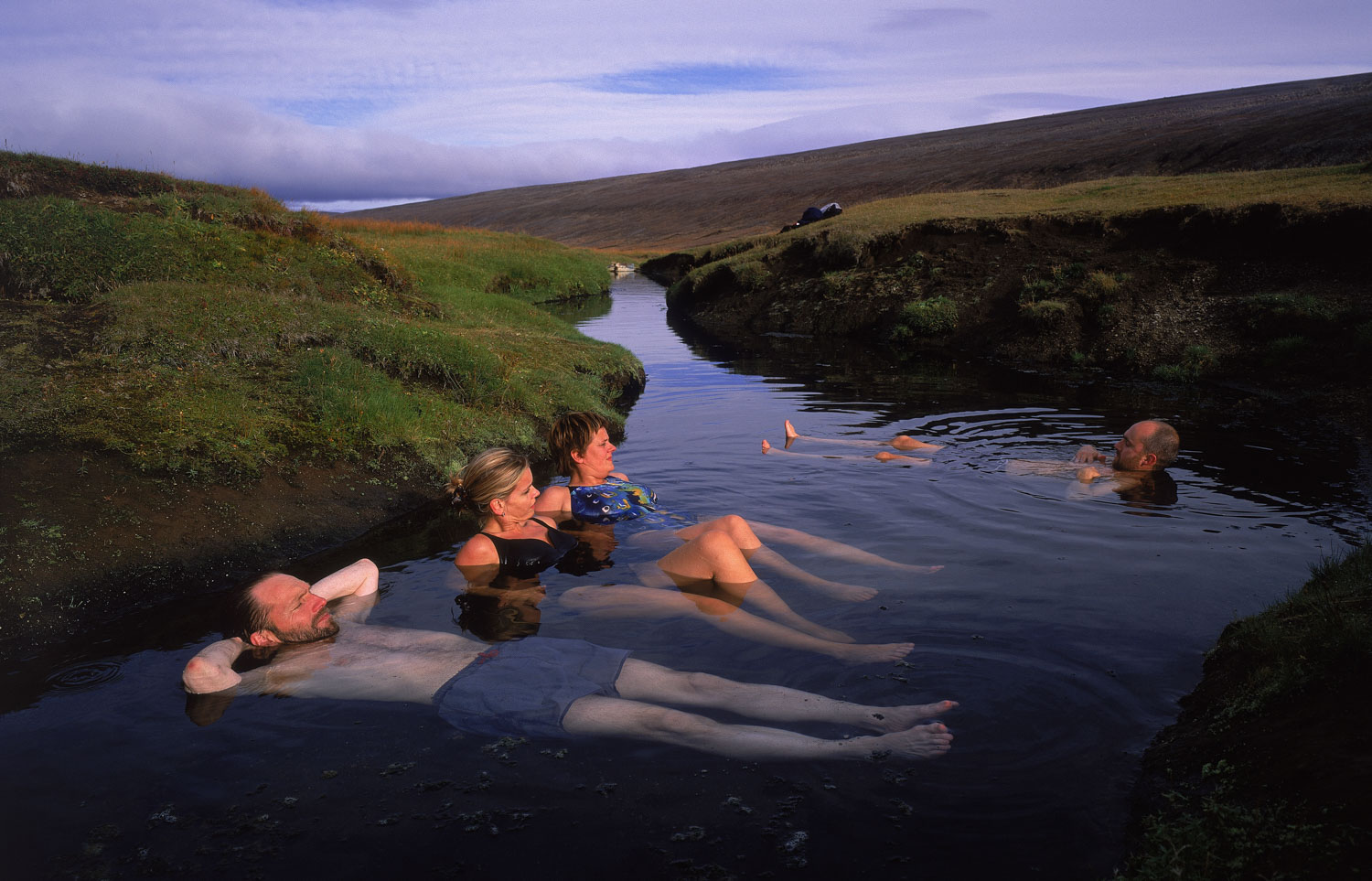 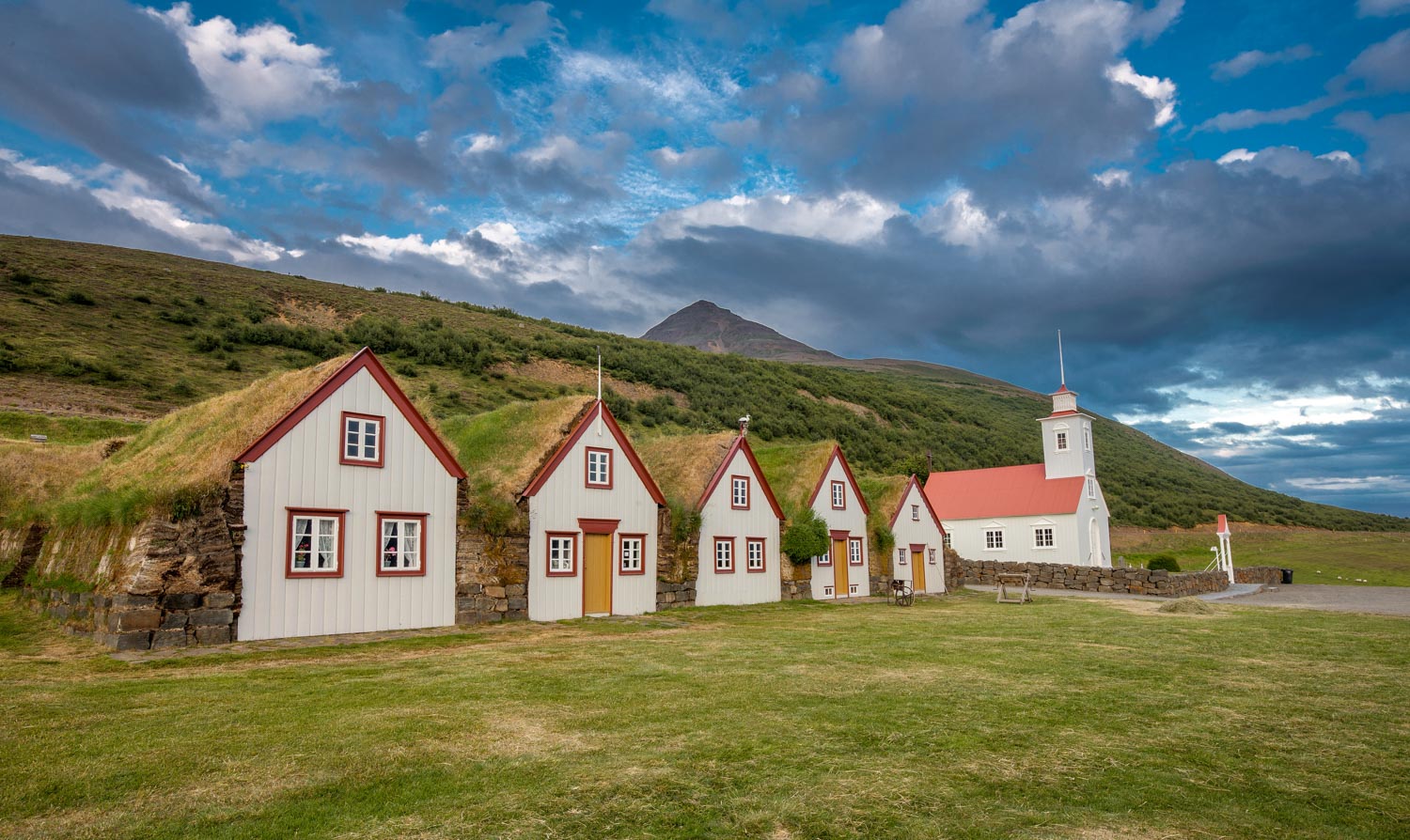 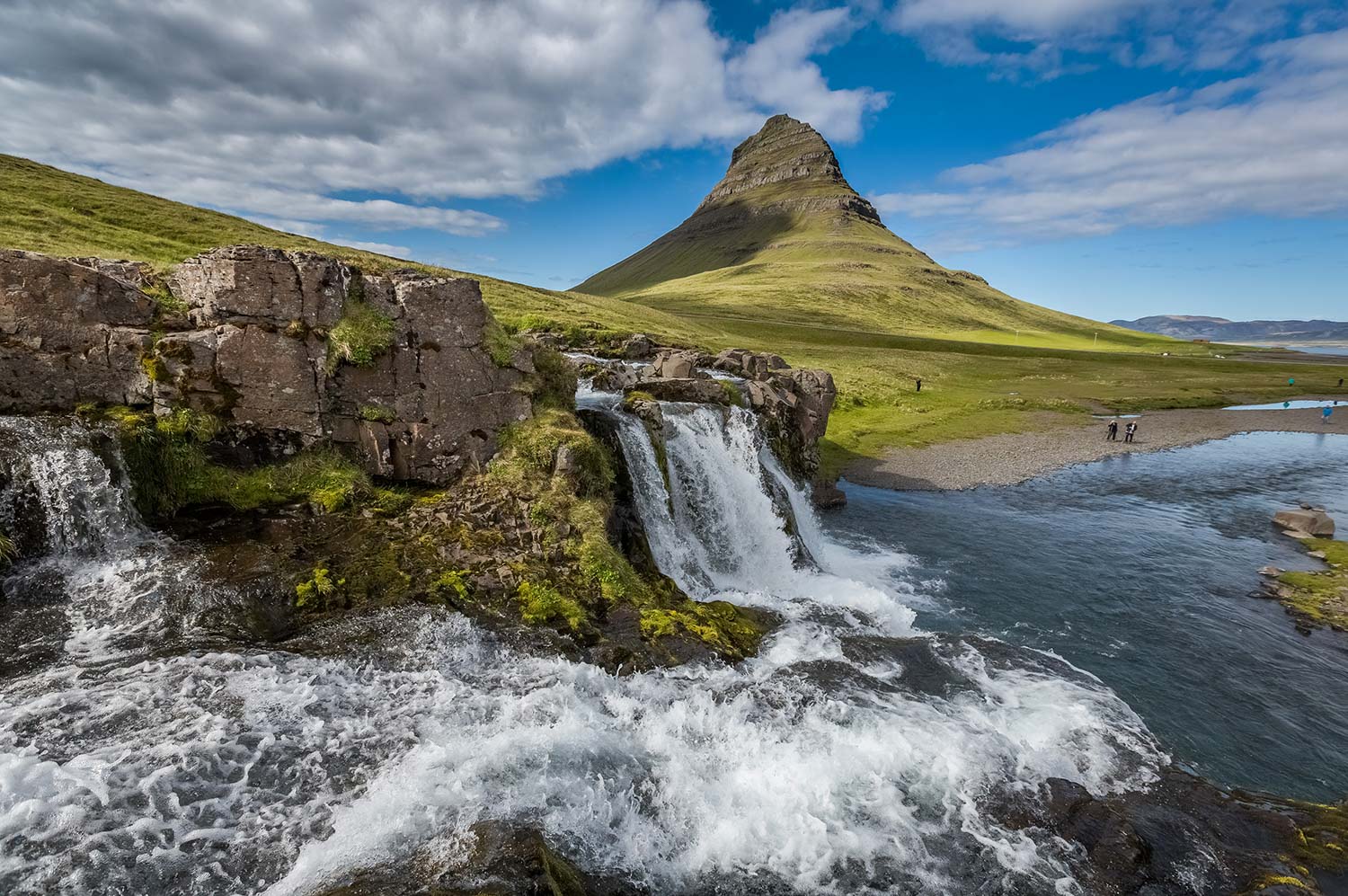 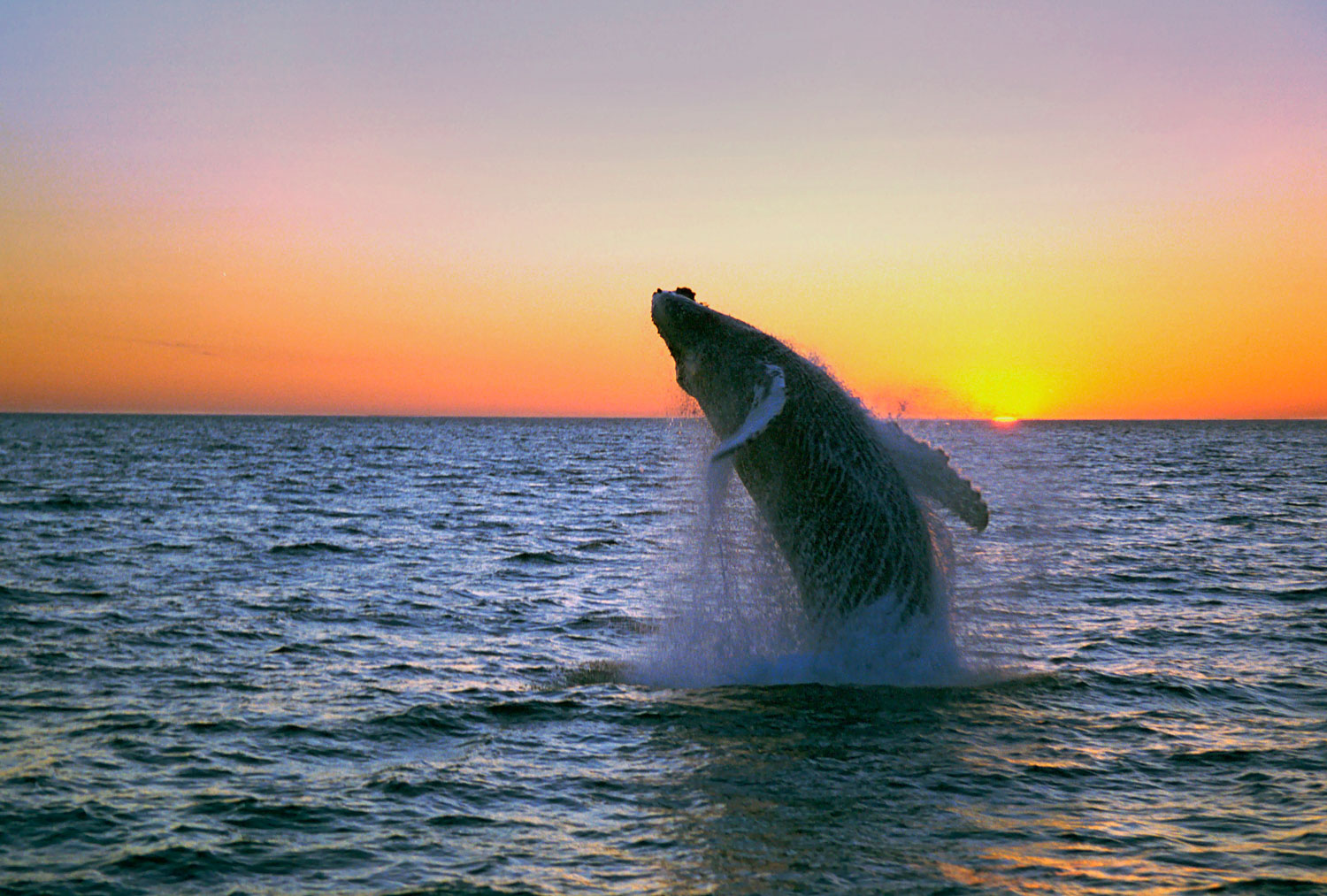 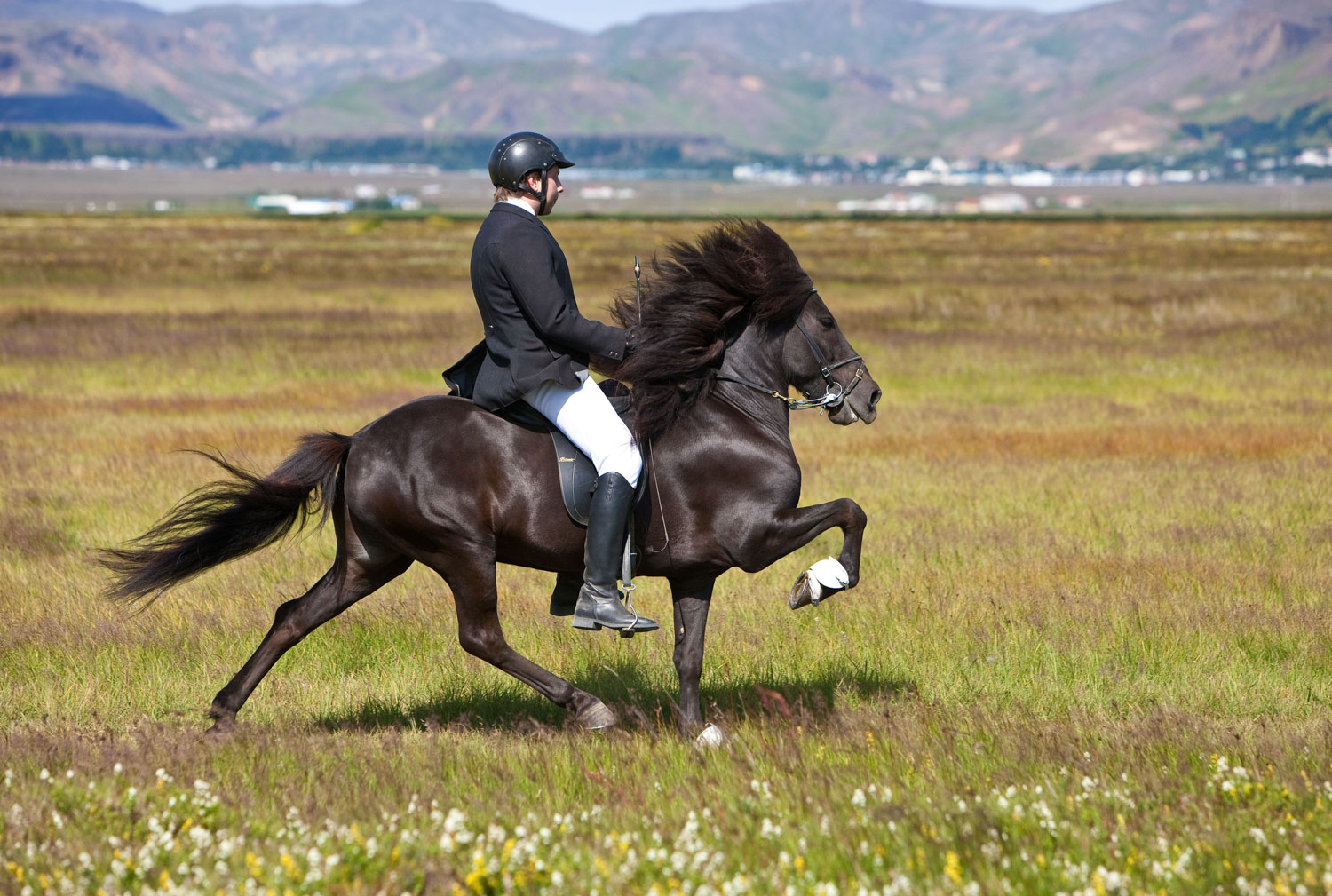 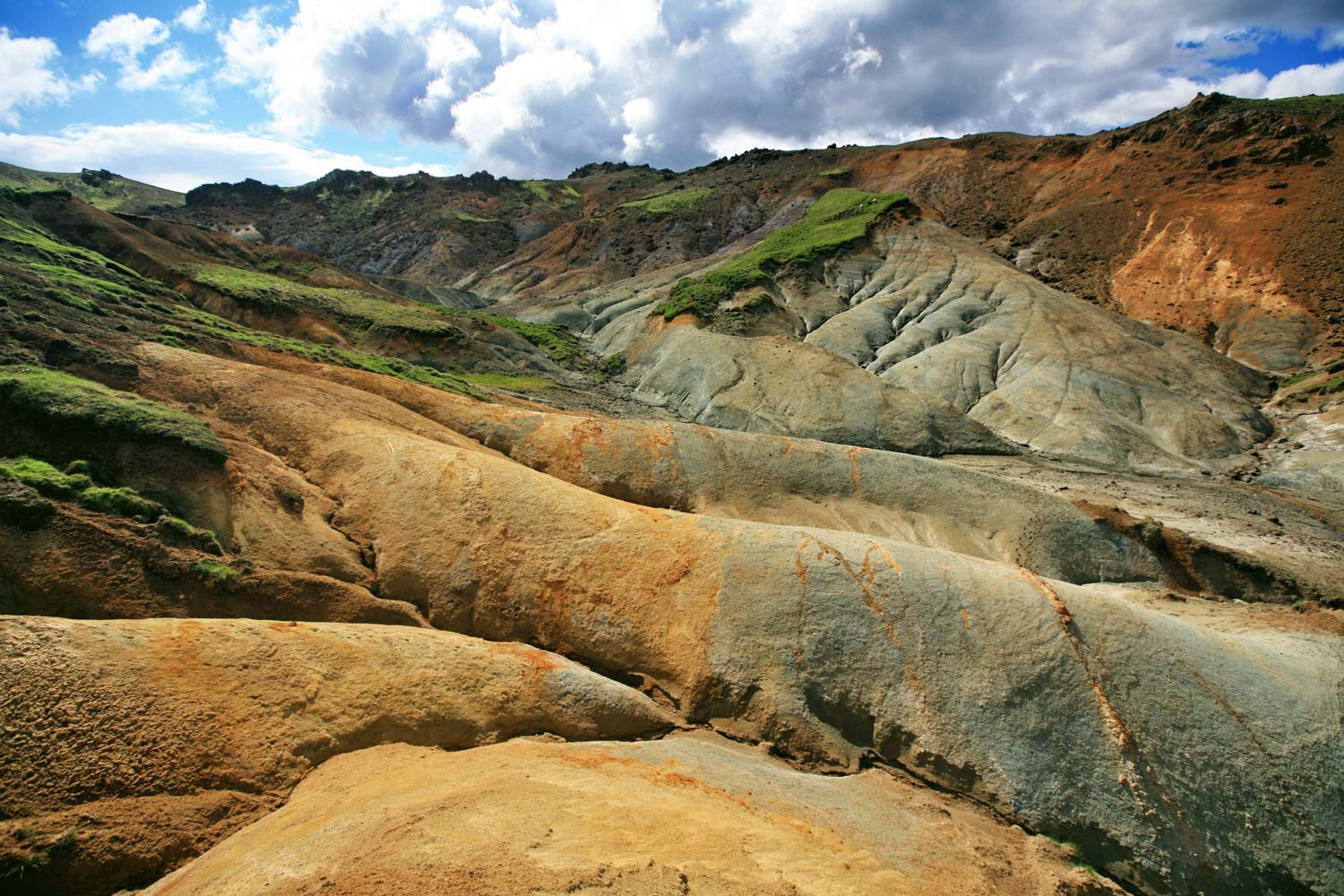 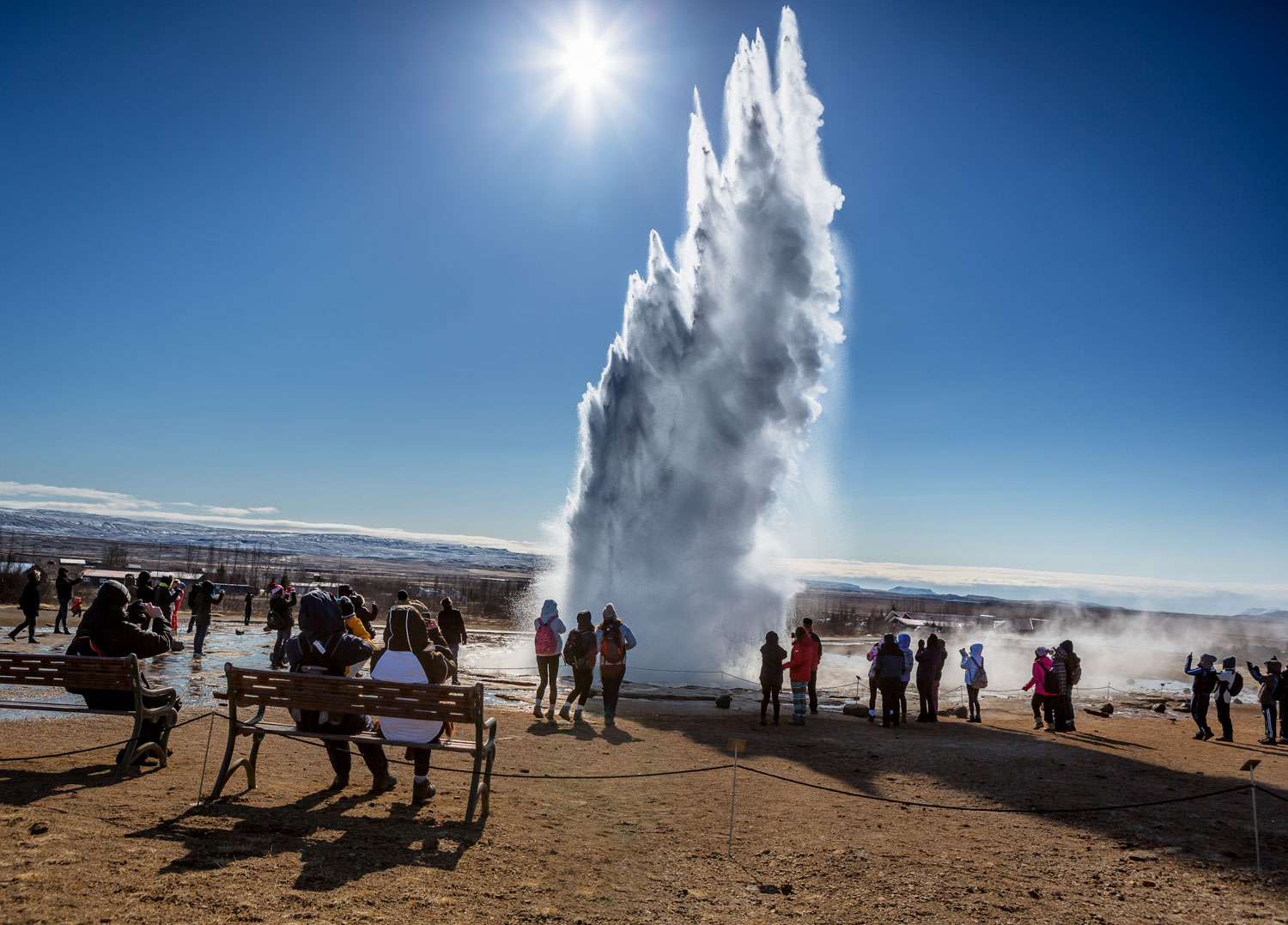 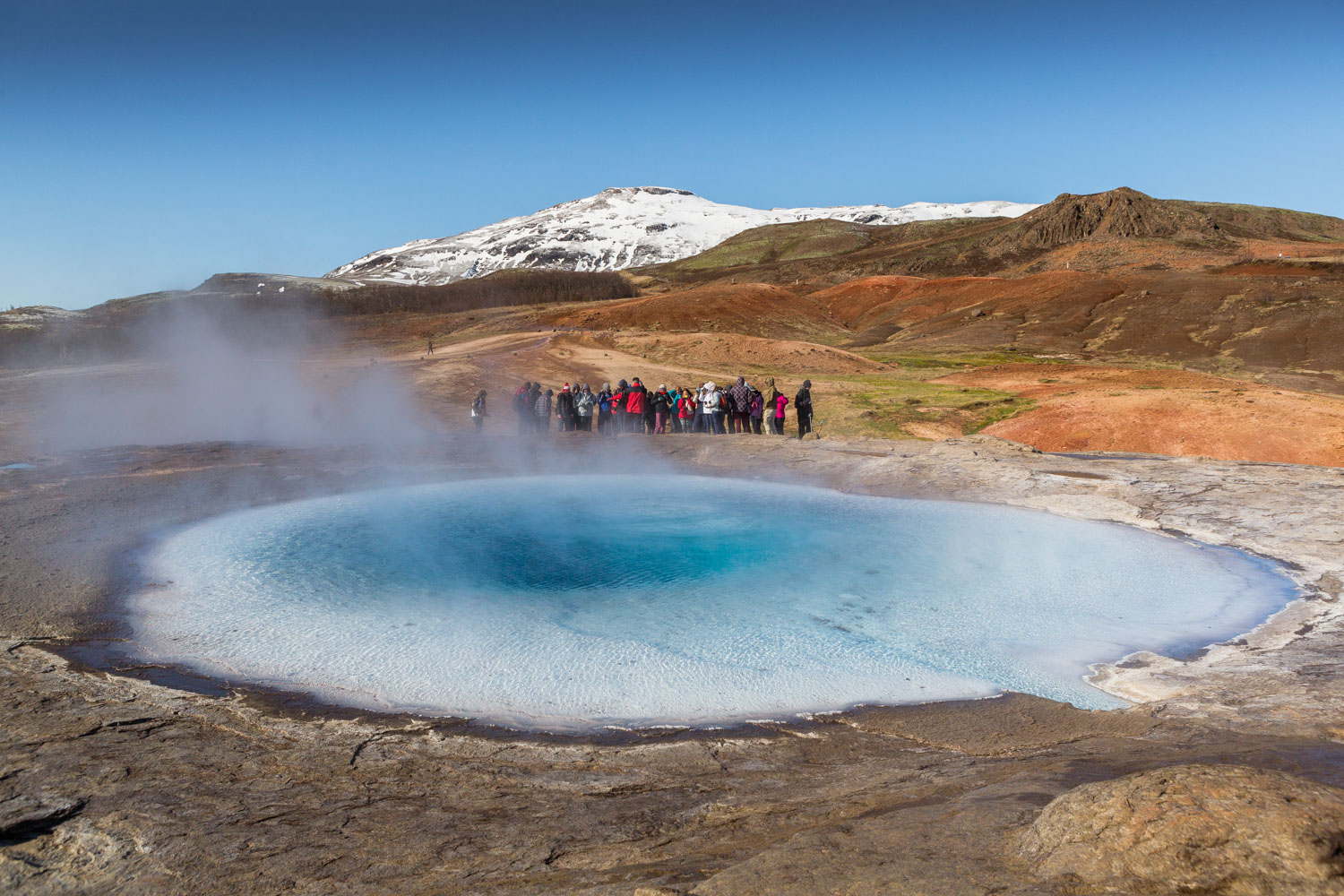 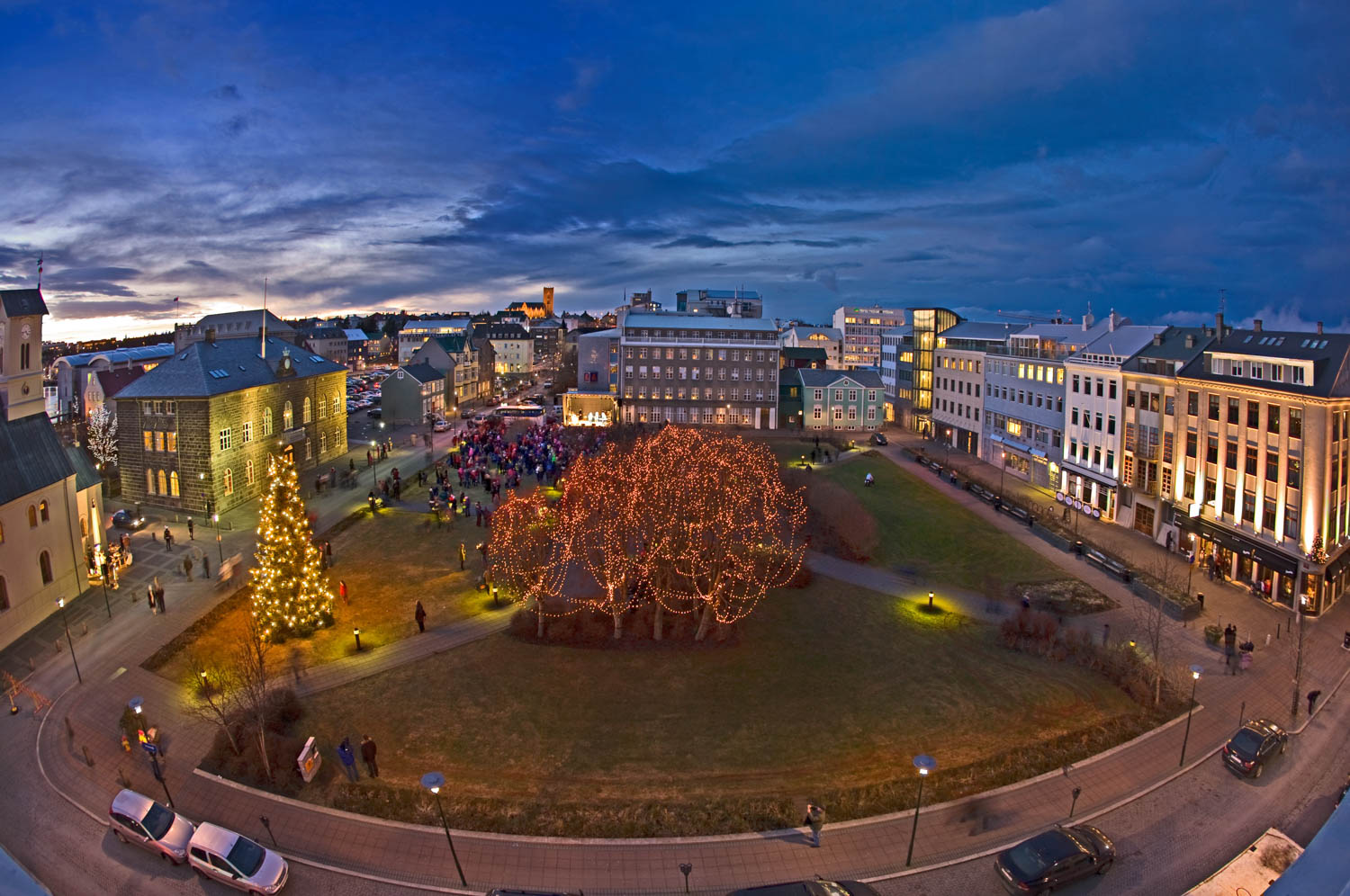